11 Jesus continued: “There was a man who had two sons. 12 The younger one said to his father, ‘Father, give me my share of the estate.’ 13 “Not long after that, the younger son got together all he had, set off for a distant country and there squandered his wealth in wild living. 14 After he had spent everything 15  he went and hired himself out to a citizen of that country, who sent him to his fields to feed pigs. 17 “When he came to his senses, he said, 18 I will set out and go back to my father and say to him 19 I am no longer worthy to be called your son; make me like one of your hired servants.’ 20 So he got up and went to his father.“ But while he was still a long way off, his father saw him and was filled with compassion for him; he ran to his son, threw his arms around him and kissed him.21 “The son said to him, ‘Father, I have sinned against heaven and against you. I am no longer worthy to be called your son.’22 “But the father said to his servants, ‘Quick! Bring the best robe and put it on him. Put a ring on his finger and sandals on his feet. 23 Bring the fattened calf and kill it. Let’s have a feast and celebrate. 24 For this son of mine was dead and is alive again; he was lost and is found.’ So they began to celebrate.

Tomorrow, as well as being Mid Summer’s Day, is also Father’s Day or is that Fathers’ Day? A minister was holding a Primary School Assembly on the Friday before father’s Day one year and asked the assembled children what it was they understood father’s Day to be. One youngster’s arm shot up and they gave the answer “Well it’s a bit like Mother’s day except you don’t have to spend anything like as much on the present”. 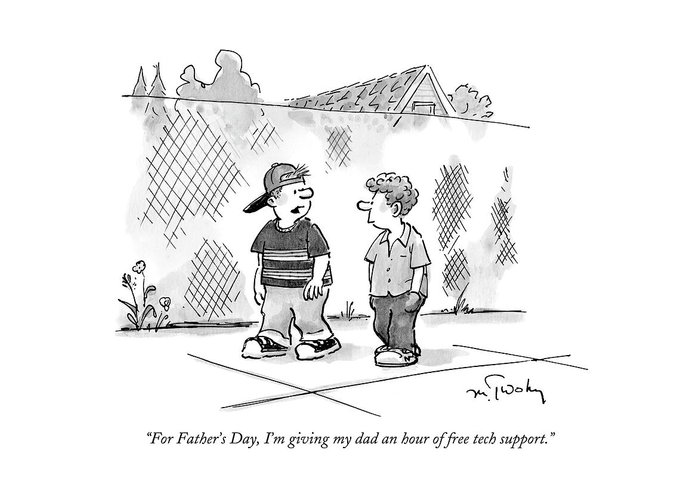 This well-known story from Luke’s Gospel abbreviated above is usually known as The Story of the Prodigal Son but in recent years has become known also as The Parable of the Good Father. The father who had given his son what he wanted and let him go out into the World, praying for him and worrying about him every day until the day he returns on his return it matters not one jot that he has squandered all the money, he has sunk to the very lowest depths. The father couldn’t care less that he has disgraced himself and stolen food from the pigs’ trough to keep from starving to death. All the father cares about is his son is alive and he has come home and that alone is cause for celebration.

The misadventures the waste counts for nothing all that matters he is restored to his family. The unconditional love a father in action refuses to hear the son’s account of his wrongdoing for that no longer matters.

I am sadly well aware that not all father/child relationships are good but when they are they are to be cherished and enjoyed they are a gift of God, our Heavenly Father.

Lord God our loving Father, we give thanks for Earthly fathers when the relationship is good, and pray for reconciliation when it is not. We thank you that you love us as your children and give us support encouragement and love in abundance.